I tried illegal drugs for the first time when I was sixteen. By the time I was eighteen I had tried everything I could get my hands on. At nineteen I was physically addicted to opiates. It stayed that way until I was forty-three. My understanding of addiction goes deeper than the bone, it is written across my DNA.

In 2004 I flew to Spain for a detox in a private hospital. On returning to London I became a client of my local treatment service at the Portobello Project, and from there went into residential rehabilitation for three months. My entry into the world of service user involvement was accidental and was to change my live and those of a great many others. For once in my life I was in the right time at the right place. I have been in recovery from January 2004 to date.

Why do I continue to do this, after all these years? The answer is simple. Because I can.

I have had a variety of jobs over the years, from trial balance accountant to motorcycle courier, but the relevant stuff has happened in the past decade or so, often simultaneously, as you can see!

I have presented on a variety of subjects at the DDN National Service User Conference over the years. I have delivered presentations on peer-led services to many treatment providers, from CGL to CNWL NHS, and have spoken about partnership working for Blenheim at their fifty-year celebration held at the House of Lords.

I was a member of the External Expert Reference Group for Public Health England on the 2016-7 Drug Strategy, and regularly attend the All Party Parliamentary Group on Drugs, Justice and Alcohol. 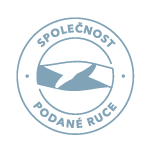